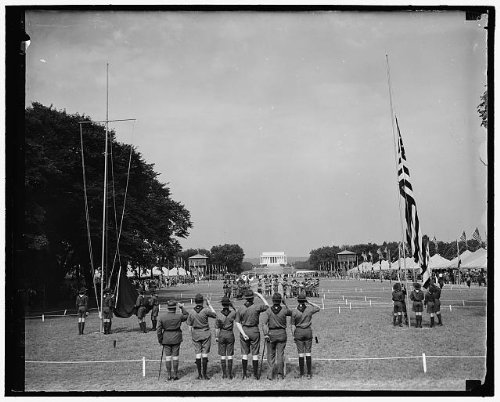 8x12 inch Photographic Print from a high-quality scan of the original.

Note: Some images may have white bars on the sides or top if the original image does not conform to the 8x12 dimensions. 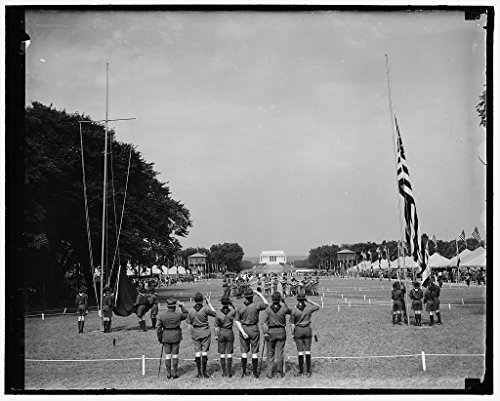 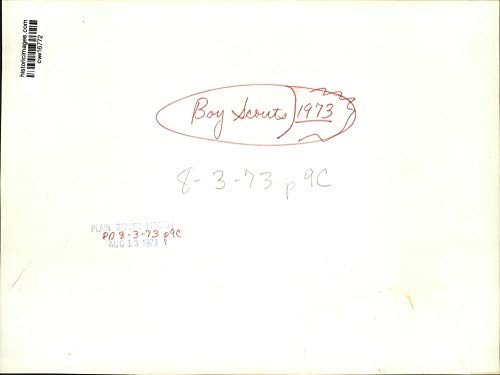 This is an original press photo. Flag of the Republic of China and Boy Scouts with characters in Chinese flutter as a delegation of 12 Scouts and their leaders arrive at Youngstown Municipal Airport en route to the 1973 National Scout Jamboree East at Moraine State Park near New Castle, pa. Scouts and their leaders left Taiwan eight days ago visiting San Francisco, Denver and Chicago en route. At right is an assistant leader, Chang An Jan, principal of Tan Tzu Middle School, in Taichung, Taiwan. The jamboree gets underway officially Friday.Photo measures 10.25 x 7.75 inches. Photo is dated 8-2-1973. 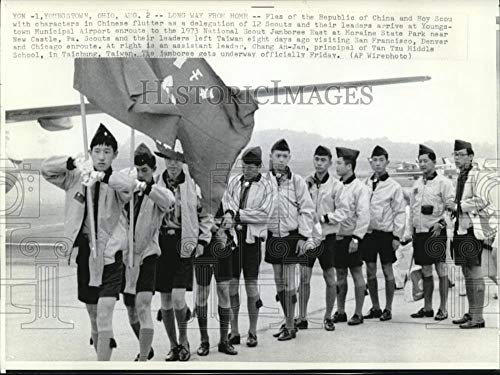